Well people, we can finally say that Blizzcon is next week, and finally, Kerrigan is (99.9%) finished! She is wearable in her current state, but we need to do some tweaking to make her more wearable and comfortable for myself so that I don’t die before the end of the day.

This past week, we: 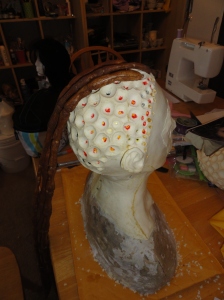 Marked the cap under the cowl on where the dreads would go, and practice fit them. 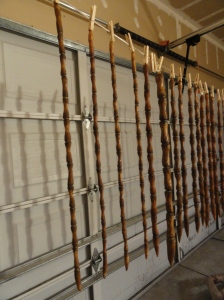 Had a 12 hour day where we did nothing but cast, seam, and paint dreads all day. 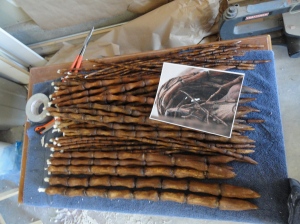 Finally finished the dreads, and these aren’t even all that COULD fit into the cowl, just how many we thought we’d need to make it look nice. 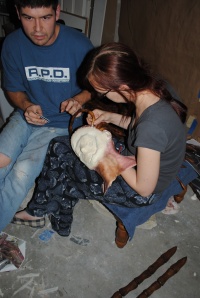 Inserted the dreads into the cowl and cap, one at a time while holding them in, the gently turned them upside down to epoxy them in. 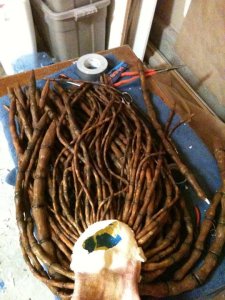 Here is a picture of the cowl with all the dreads inserted; one of the things I need to do to make it more comfortable (and accurate) is style the dreads to have that look that Kerrigan has: 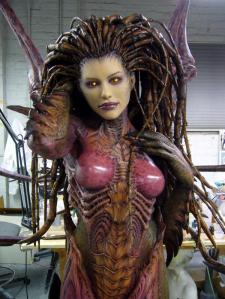 Just wanted to point out that this is the statue from Blizzcon, NOT ME lol. 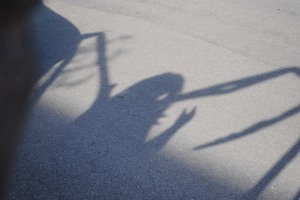 I painted the wings, and Mario finished painting the body suit, gloves, and feet. 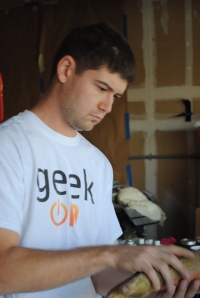 Can I just say, I could not have done this without Mario? He’s amazing, and this costume is not a one person costume. If I didn’t have him to keep me going and to make me feel better about my flaws, I could not have completed this thing. If you guys see him in his doomsayer costume (he’ll be near wherever I am), go up to him and tell him how awesome he is, because this would not have happened without him. I may be the one wearing the costume, but he helped create it. <3

Well people, that’s my last update for Kerrigan! Come back on October 21 for some pictures of the completed design, though I’ll warn you now, that the dreads/cowl won’t necessarily look the same as the one I will wear to Blizzcon, but at least you can see the costume as it was for our photoshoot, and we will try and post more photos that night :) Thanks for sticking with us through our progress posts!

3 thoughts on “Queen of Blades Update: October 11 (She is FINISHED!)”