Well now that we’re home and comfy at our desks (OMG! I can sit at the computer now for as long as I want with NOTHING TO WORK ON! It’s an amazing feeling, really), I figured I could tell you how our Blizzcon went.

This post is going to have nothing to do with announcements or tournaments, because honestly, I didn’t really get to see or hear any annoucements or panels first hand, just heard about them from friends.

Firstly, I have to say that the cosplay dinner that we (along with Pocket) threw the night before Blizzcon was a huge success. We are so grateful to everyone who came out to the dinner, and we were so happy to finally meet all the cosplayers we’ve been following, face to face! 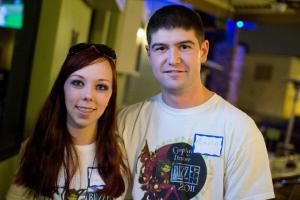 Also, earlier that day Mario and I participated in a G4 photo shoot for the burlesque group that our amazing friend Lisa put together, it was really amazing to meet the ladies behind the group and hang out with them while we got pictures taken. 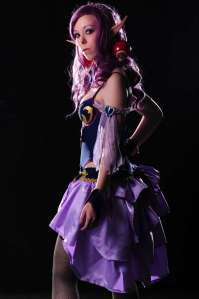 The first day of Blizzcon, we helped get everyone in our room ready- our original plan was to help everyone get ready, relax for the morning, walk around the con until 11 or so, then head back to the hotel and get into Kerrigan, getting us back to the con in time for the cosplay photoshoot at 3. Mario wore his doomsayer costume and I wore a quickly put together ‘apprentice’ doomsayer one so I could hold a sign and be somewhat in costume, and we stood in the Jinx line and then went straight to the hotel. It took us 4.5 hours to get ready, were set back a few minutes by losing an eyebrow stencil and messing around with the makeup too long, and didn’t make it back in time for the photo shoot at the fountain, unfortunately.

Now, I have to say that I’m not happy with Kerrigan, not 100%. I wanted to do more with the face, with the veining, bring in more purple and green, but also I was most disappointed with the cowl. I had not allowed for the extra room that the dreads would take under the cowl after I attached them, and so it pulled up the cowl, making it look like her face was huge. You will see later on when I post the sculpts for the cowl how it should have looked. I plan on fixing the dreads and cowl and wearing it for a few hours on second day next year. 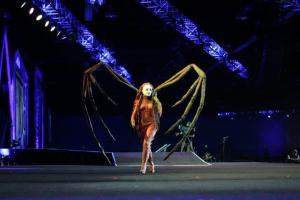 The only pictures I can find so far are at the contest, which makes sense because by the time we got out of the room and to the convention, it was nearly time to go to the backstage area for the contest, so we rushed there. 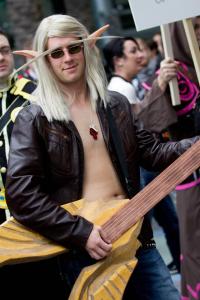 I have to say that Blizzard did an amazing job with the backstage area for the cosplayers this year. There were seats for everyone, with benches so people with wings or large shoulders could sit down, and they judged people in lighting! So much better than in previous years. 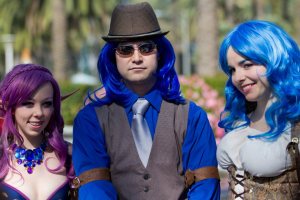 The second day was pretty awesome, we wore our burlesque costumes for half the day, until the photoshoot for that day, then changed into normal clothes for me (gasp!) and doomsayer robes for Mario. It was pretty awesome how many people recognized the robe and merciless one hat! 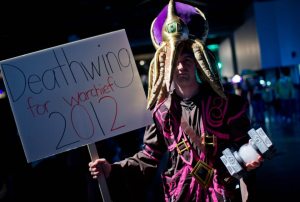 Finally, I want to say thank you to all the amazing cosplayers I got to meet this year, I’m going to post a picture of each of them with a link to their pages (click on their picture to go to their page!), you all should definitely check them out! 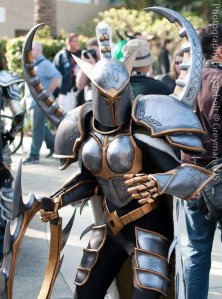 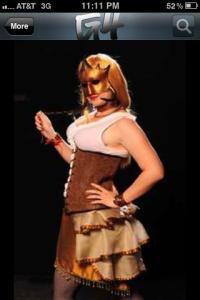 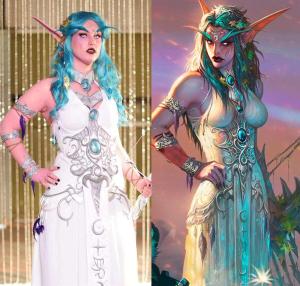 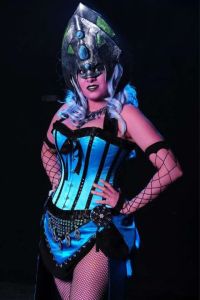 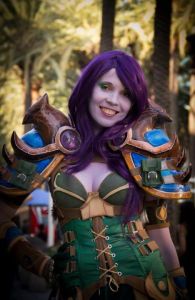 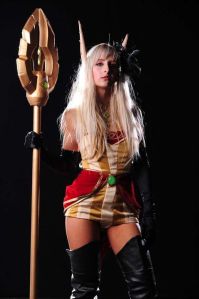 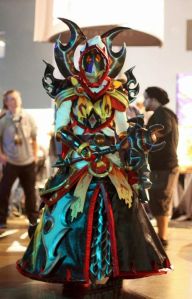 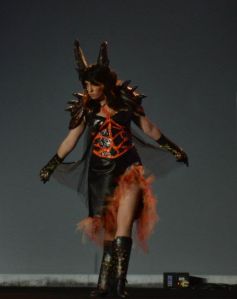 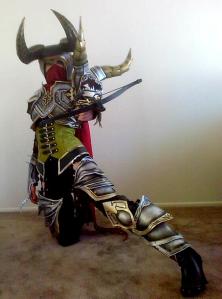 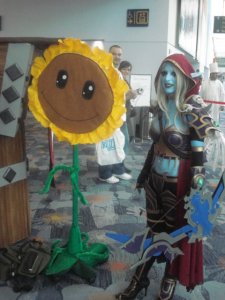 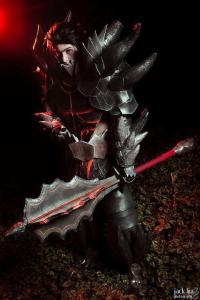 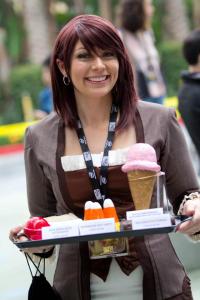 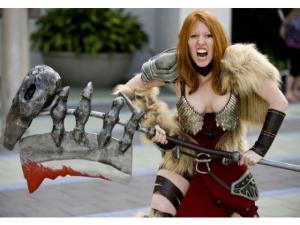 Cosplay by a Lefthanded Ginger (LalaFTL) 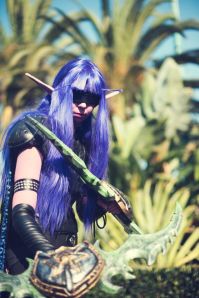 If I missed anyone, please let me know so I can add your picture and page!

We’re already thinking of next year’s costumes, they’re in the planning stages so we’ll let you know when it’s a sure thing!

(There are three people holding/wearing commissioned items from us, can you tell who they are?)

For those of you interested in learning how I made Kerrigan, I’m working on a series of posts that I’ll put up once or twice a week!